Lately we’ve seen more and more people getting into trouble about the things they post on Twitter. People have lost their jobs, friendships and relationships have ended, people have even been arrested, and the list goes on.

Abort mission – I repeat, ABORT MISSION. If you REALLY want to complain about how much you hate your job or the people you work with, phone your parents, a sibling or your best friend. Don’t make the same mistake as Cella: 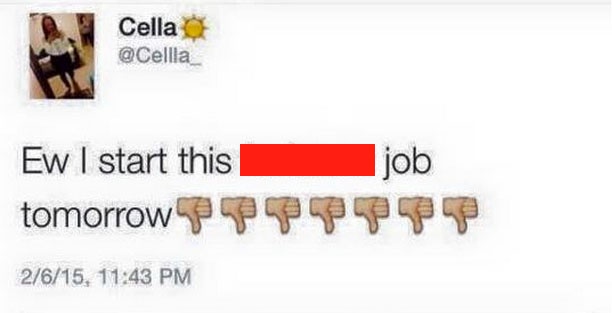 Response from the manager:

Don’t make threats on Twitter, not even as a joke

We all enjoy a good joke, but there are things that are just off-limits. Don’t think that you’re anonymous on Twitter and that the authorities won’t find you, because they will hunt you down. Thinking of making a joke about assassinating the president? Someone already tried making that ‘joke’ and ended up in jail. You’re not as invisible online as you think you are. 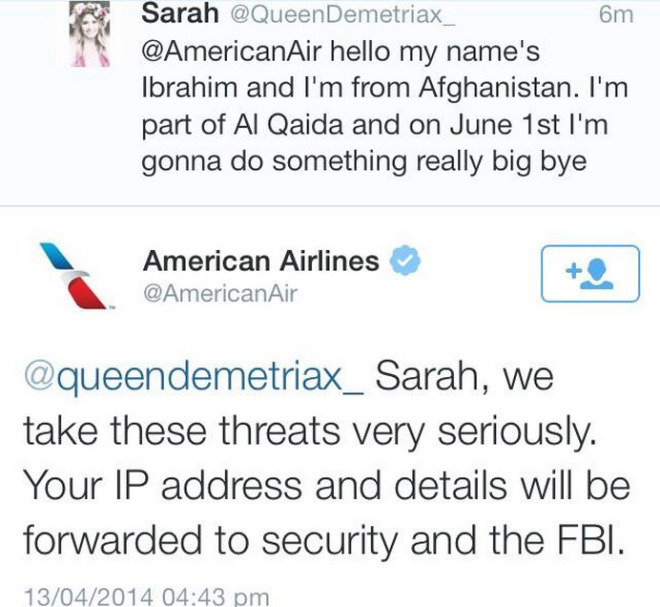 This one is aimed at those working in online marketing. Running a few Twitter accounts for clients? Check, double-check and triple-check that you are tweeting from the correct account. We’ve seen many horrible tweets on a company’s Twitter profiles because the social media team thinks that they’re tweeting from their personal account. It never ends well…

Moral of the story:

Twitter is an awesome social media platform, it is fast-paced and entertaining and there are some fantastic brands and people out there. Just remember that whatever you put on there will stay on there. Think before you tweet!